New production expansions needed, but will not take effect until 2024

San Diego, CA, August 16, 2022:  TECHCET—the electronic materials advisory firm providing business and technology information— announced the Silicon Wafer market for semiconductor applications, including SOI wafers, will grow to US$16 billion in 2022, about 12% above the US$14.2 billion recorded in 2021. Wafer shipments are expected to reach a record, with a forecasted 6% growth to 15.1 billion square inches. Shipment growth is essentially going to “cap out” given the limitations in available capacity for increased production. Any brownfield expansion is constrained and new greenfield capacity by suppliers will not have any appreciable impact until 2024, as explained in TECHCET’s 2022 Critical Materials Report™ on Silicon Wafers. 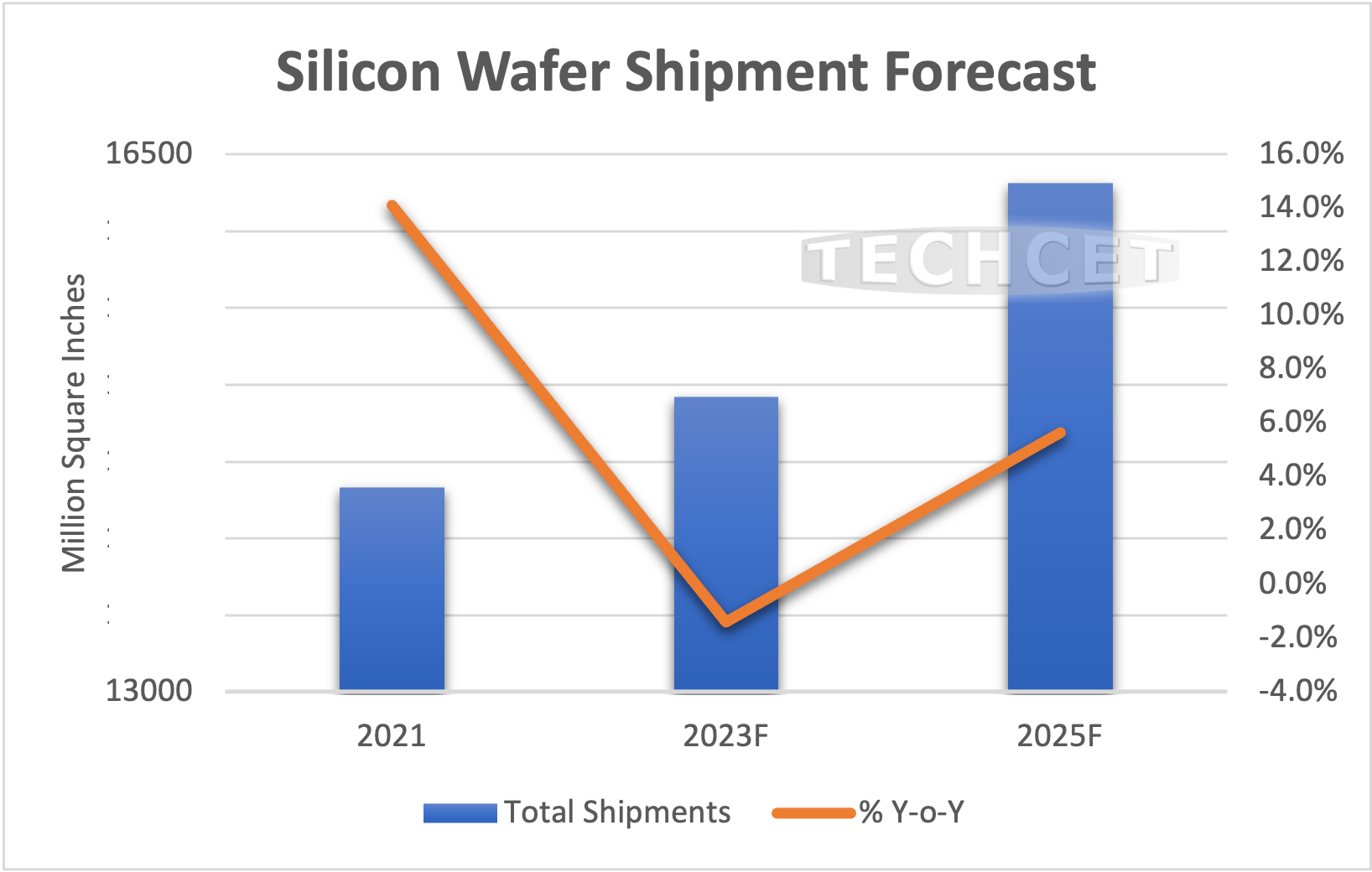 “2022 revenue growth is stronger than shipment growth as average selling prices are higher and products with leading-edge Logic and Memory production are favored,” states Dan Tracy, Sr. Director at TECHCET. This higher wafer pricing is critical to suppliers to support announced capacity expansions. Namely, the top five wafer suppliers have all announced coming greenfield capacity expansion. These large investment projects cost US$2 billion or more, and will take 2+ years to bring production on-line, meaning any significant capacity addition will not take effect until around 2024-2025.

Until then, industry will need to get by with incremental brownfield capacity expansion. TECHCET has forecasted a slowdown next year, meaning 2023 could be an opportunity for the tight supply/demand balance in the silicon supply chain to be alleviated.

It is interesting to note that leading wafer suppliers are considering a major plant investment in the U.S. In the past, major investment prospects in the U.S. were minimal given industry trends of new fabs being primarily constructed in the Asia-Pacific region. However, with the US Chips Act finally being signed into law, supporting the US semiconductor manufacturing supply chain via new silicon wafer plants has become a more realistic possibility. GlobalWafers, for instance, announced in July that it will construct a new plant in Sherman, Texas, and the expectation is that this project will move forward with US Chips Act and other governmental support and funding.